How Growing up Overseas Has Opened My Eyes 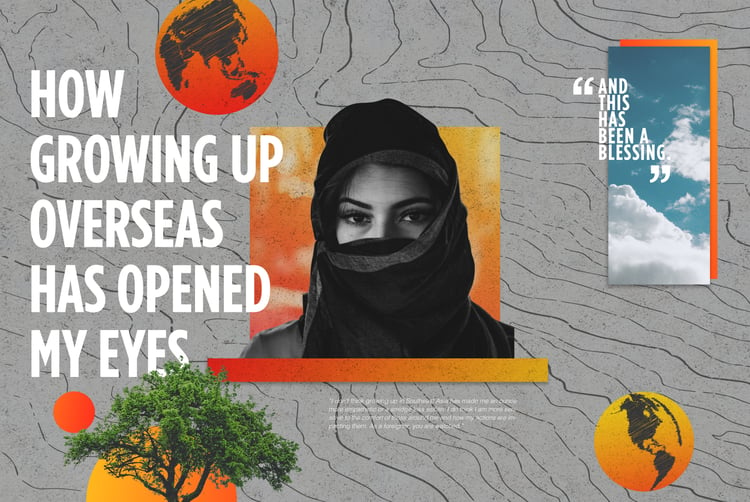 Thirteen years of my life were spent in Southeast Asia. During that time, I was a minority. I had friends and deeply enjoyed my time in every city we moved to, but I was growing up in a culture that was not quite my own. Very few people spoke English, so I learned another language. Because we lived and were embedded in that culture, I learned to be respectful and aware of those around me. A consciousness grew within me that, if nurtured, kept my eyes open to others.

What do I mean by this? I don’t think growing up in Southeast Asia has made me an ounce more empathetic or a smidge less selfish. I do think I am more sensitive to the comfort of those around me and how my actions are impacting them. As a foreigner, you are watched. You stand out in a crowd. I didn’t want to bother those around me so I learned to be better at observing their behaviors. My eyes became sonar receptors that caught what appeared to be the polite thing to do, so I could replicate it. I already stood out because of my appearance, I didn’t want to be even more of a sight because I was rude.

Growing up overseas, I also saw how others were received into the culture. I saw tourists wearing inappropriate clothing and cringed. I heard loud talking flowing from their mouths and bit my tongue. I understood their wonder at the new culture they were interacting with, but I was embarrassed by their behavior. They didn’t stop to think about how their actions were disrupting the pond. They were wrapped up in their adventure and what was coming their way instead of pausing to open their eyes and look with a desire to make others comfortable.

Not all visitors were this way. Some came like a breath of fresh air. Eager to understand. They made everyone laugh, even at their own expense. Or they dressed modestly and smiled at everyone, or they simply showed a desire to know the local people.

One setback has come from my observations. I can find it very hard to simply let go and try. I am afraid of offending those around me. I want to mold myself to the culture I see and rock the boat as little as possible. Sometimes, this is not good. There are people who don’t really see what is around them, and then there are those who see and are not afraid to jump in. They practice the few words they know and bless those they interact with because they aren’t afraid to fail at seeking to understand. I have seen others genuinely enjoy such people. My eyes have been opened to all types of human interactions, along the scale of blind and aware, and this has been a blessing.