The Culture Series: People and Culture of Mongolia 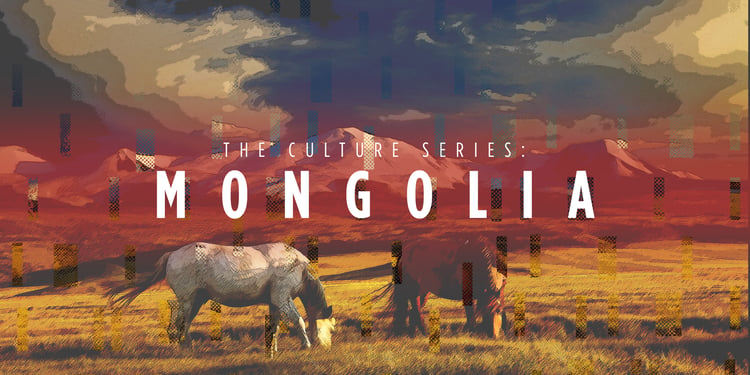 Mongolia has a long history and a rich cultural heritage. Throughout its history, Mongolia has been both the conqueror and the conquered. It has been undergoing a cultural resurgence since the change to democracy and the free market in the early 1990s. Formerly a part of the USSR, their cultural heritage was quashed under Soviet rule. Religion was forbidden, many religious buildings were destroyed, and religious leaders were executed. Mention of Genghis Khan was forbidden, and the traditional writing of a vertical script was replaced with an adapted Cyrillic alphabet.

Today, we see the younger generations bringing back the traditional roots of Mongolian culture and history as they try to reestablish their identity. Though most Mongolians have migrated to urban areas, they are quick to remember their traditional pastoral roots in nomadic herding, which they relate strongly to the family unit. The countryside is beloved, and many find peace and relaxation in the great outdoors.

Currently, the political party with the most power is the Mongolian People’s Party, a carryover from socialist days. Mongolia has a president and a prime minister who function alongside their parliament. However, the most influential leaders are religious leaders. The Dalai Lama is highly respected and can even influence political decisions. Many Mongolians prefer to seek the advice of religious leaders prior to acting or undertaking any big venture.

Current generations are passionately trying to re-establish a strong Mongolian identity, balancing tradition and history with the pull of Western modernity and the ancient wisdom of religious leaders.